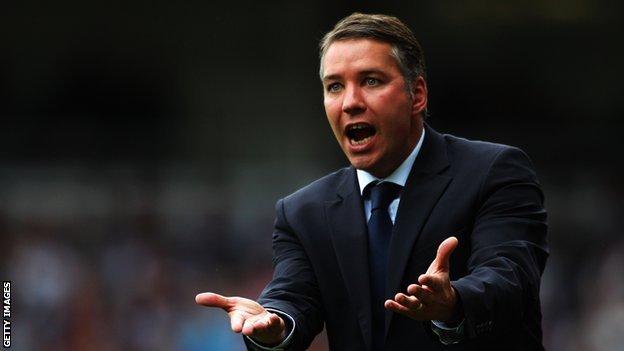 Peterborough United boss Darren Ferguson has said he has received six calls from referees this season apologising for decisions.

"I've had six calls the day after a game apologising," he told BBC Radio Cambridgeshire. "That's too many.

"Tomorrow will definitely be a seventh if they've got anything about them."

to discuss a number of "harsh" decisions against his side this season.

And the Scot was frustrated that referee Robert Madley opted not to award a free-kick for Andrew Crofts' challenge on Lee Tomlin midway through the second half against the Seagulls.

The Brighton midfielder was the last man and would have run the risk of being sent off had the foul been given.

"It's a clear red card. He's nowhere near the ball," said Ferguson.

"People get things wrong but I just think once, twice it's OK. But not seven times. That's too many.

Posh nevertheless extended their unbeaten run to 10 games, a club record at Championship level, as they continue their fight against relegation.

The London Road side are one of three teams on 51 points and are out of the relegation zone on goal difference, with three games left to play.

"Anyone who tries to predict what's going to happen is off their heads because there's no point," said Ferguson.

"We know that it's in our own hands. I've said to the players there's no point looking at fixtures. Let everyone else worry about you.

"If we keep that commitment and we get the breaks I think we'll do enough."