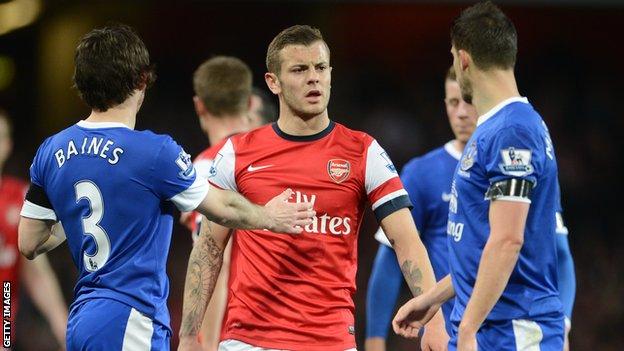 The Football Association will take no action over an incident involving Arsenal's Jack Wilshere and Everton's Kevin Mirallas during Tuesday's goalless draw.

Mirallas, 25, appeared to squirt water at Wilshere as the players made their way to the tunnel at half-time.

Midfielder Wilshere, 21, reacted angrily and Everton players stepped in to prevent a confrontation.

However, officials did not feel the incident warranted further action.

Arsenal manager Arsene Wenger played down the incident in his post-match news conference on Tuesday.

"It was all right in the dressing room."