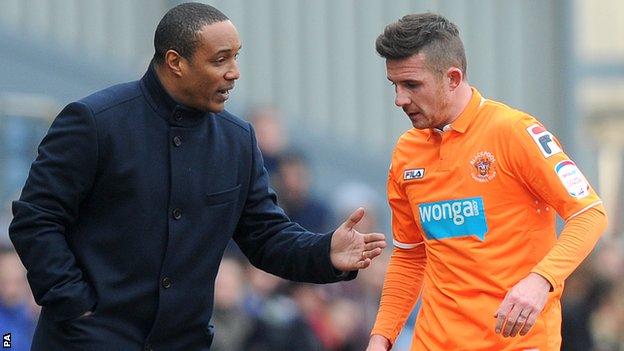 Players' union chief Gordon Taylor is convinced British football's equivalent of the "Rooney Rule" will address the lack of black managers in the game.

The Coaching Fair Play scheme aims to increase the number of qualified candidates from ethnic minority backgrounds interviewed for posts.

"No-one is telling owners who to employ," said Taylor, boss of the Professional Footballers' Association.

"It is letting them know there are people out there."

The scheme, to be promoted in conjunction with the Football League, has been compared to the "Rooney Rule" that is in operation in the United States.

That initiative - named after Dan Rooney, owner of the Pittsburgh Steelers franchise and chairman of the NFL's diversity committee - was brought in a decade ago to ensure coaches from ethnic minorities were considered for leading positions in American football.

Cyrus Mehri, the American lawyer who helped formulate that programme, has been invited by the PFA to meet key figures in the English game this week.

Football League and Premier League chairmen will decide on how the Coaching Fair Play scheme will be implemented at a later date.

Taylor said: "We need role models for black managers. In politics, they found there were not enough females in the House of Commons, so they came up with the idea of shortlists having to have women on them.

The Rooney Rule was established in 2003 and named after Dan Rooney, the owner of the Pittsburgh Steelers and the chairman of the NFL's diversity committee.

It requires NFL teams to interview at least one black or ethnic minority candidate for head coaching and senior football operation opportunities that become available, as part of a transparent and open recruitment process.

"The basic principle is the same. No-one is telling owners who to employ. It is letting them know they are people out there because, frankly, the whole process of selection with regard to managers and coaches is causing a fair amount of embarrassment."

There are five black managers in the 92-club English professional game: Chris Hughton at Norwich, Chris Powell at Charlton, Paul Ince at Blackpool, Edgar Davids at Barnet and Chris Kiwomya at Notts County.

In contrast, approximately 25% of players in the top four divisions are non-white.