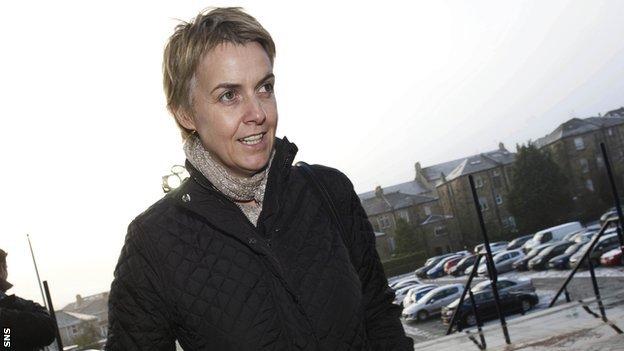 Two members of a fans' group have been appointed to the Motherwell board.

Well Society chairman Graham Barnstaple and colleague Brian McCafferty have both been made full directors.

"In what has been a difficult few days for Scottish football, we are pleased to have some good news," said chief executive Leeanne Dempster.

"They take full part in the direction of the club, including a say on all issues and have equal voting rights to other board members."

The society plan to assume majority control of the club once the group have raised enough finance to provide long-term financial security.

"We started the Well Society as the vehicle towards full fan ownership and have overcome many hurdles since 2011," Dempster told the club's official website.