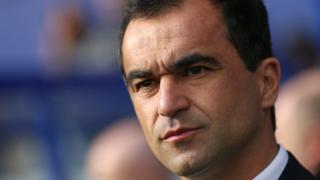 The Latics had been more than a match for the champions and had several chances to score, including Franco Di Santo's effort which was kept out by Joe Hart.

Wigan remain three points from safety and Martinez added that his side "must not let their standards drop" as they aim to avoid relegation.