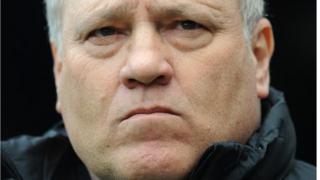 Martin Jol describes Fulham's 3-0 defeat by Chelsea as "harsh" because his side "defended well" at Craven Cottage.

John Terry's double and a stunning David Luiz strike condemned Fulham to only their second defeat in eight league games.

Jol was further frustrated when Bryan Ruiz was booked for diving after stumbling under close attention from Terry, the Fulham boss saying the decision was "ridiculous".