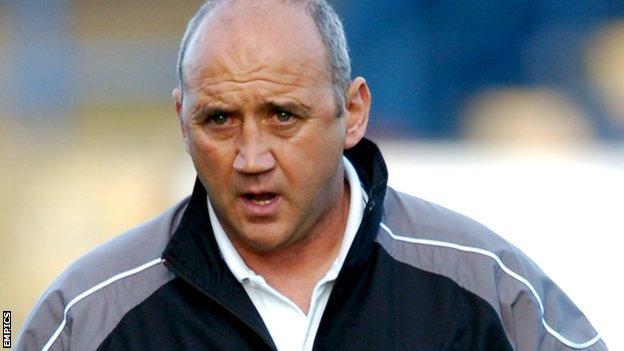 Cambridge United boss Richard Money has said he will build a side this summer capable of competing with wealthier teams next season.

The U's will finish this term in mid-table after

"We're not going to have a budget in the top half of the league. But it doesn't mean with the right recruitment you can't punch above your weight."

Striker Michael Gash and keeper Jonathan Hedge are the latest to have left the Abbey, taking the number of exits since the turn of the year to 11.

It has been a campaign of transition for the U's, who travel to Macclesfield on Saturday for the final game of the Blue Square Bet Premier season.

"We have made some tough decisions," said Money. "We are in a situation where we can sit down next week and start to put in some plans that we hope will excite the fans next season.

"From January we've been looking at who we might want for next year.

"I hope that one or two things we do can excite people and will persuade them to take our their credit card and either renew or buy a season ticket for the first time."