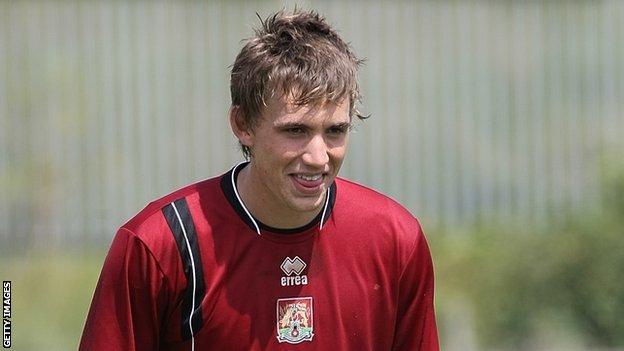 Colchester keeper Sam Walker believes he is well-equipped for the U's relegation showdown after helping Barnet beat the drop two years ago.

Victory against Shrewsbury on Saturday will keep the club in League One.

Walker, 21, was part of the Barnet side that achieved a final-day victory over Port Vale in 2011 to avoid dropping out of the Football League.

"I've had the experience of pressure games like this so it's nothing new to me." he told BBC Essex.

"At Barnet we were relying on other teams to lose as well, it was a little tighter than it is right now.

"It was all very new to me. It was only my sixth or seventh professional game, it was quite a weird feeling for me. I was nervous before the game and there was the huge pressure of keeping the club in the Football League.

"It was a lot of pressure, but we got through it in the end."

Colchester have a five-point cushion over Scunthorpe, in 21st place, with just two games of the season remaining.

Joe Dunne's side could have secured safety on Tuesday, only to slip up against MK Dons and leave a glimmer of hope for Scunthorpe - but the Iron missed their opportunity to close the gap by losing at bottom club Bury.

"Bury did us a favour on Tuesday night, but it's still in our own hands and we want to do it our own way," said Walker, who is on loan from Chelsea.

"We were disappointed with the result on Tuesday, but the performance was positive. We want to get a result on Saturday in our last home game of the season."