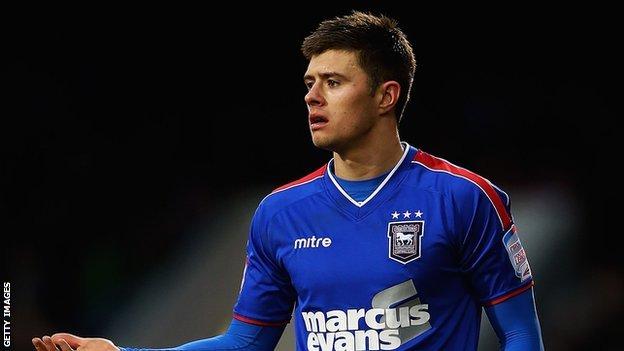 The 23-year-old has played every minute of every game this season, his second campaign at Championship level.

Cresswell has missed just two games since joining Ipswich in the summer of 2011.

Both were last season - a 4-1 loss to Millwall in October 2011 and a 3-2 win over Doncaster on the final day of last season.

Cresswell arrived from Tranmere two seasons ago and has already made 92 starts for Town, cementing himself as the Portman Road side's first choice left-back.

A Premier League club, thought to be Aston Villa, last summer following his impressive debut season in the Championship.

"Since November, when I arrived, he's been outstanding," added former Wolves boss McCarthy

"He's a Premier League footballer in the making. He's got good pace, he's got a good left foot. He can defend, he can head it. He's not the biggest but he's a good competitor.

"We looked at him with Wolves. He's been everything I could have hoped for and he'll be attracting attention because he's a good player."

Cresswell will accomplish the rare achievement of playing every second of every game should he play the full 90 minutes of Ipswich's three remaining games.

And he hopes to remain at Portman Road for the foreseeable future.

"I've still got two years left on my contract. There's no reason why I'm not here long-term," he said.

"I love it down here. I bought a house last year. So there's no reason why I can't be here."