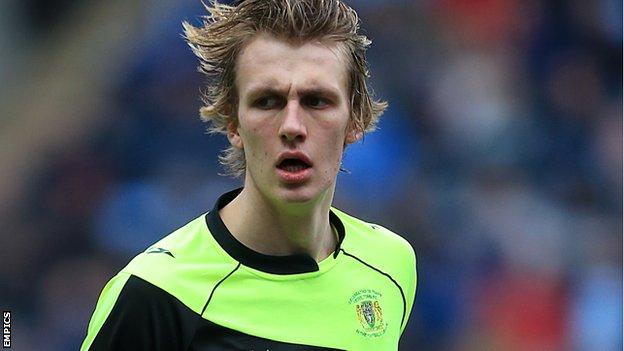 Yeovil Town's on-loan defender Dan Burn could miss the League One play-off semi-final because of injury.

The 20-year-old suffered an ankle problem in last Saturday's 2-0 win over Stevenage, a result which guaranteed the Glovers a top-six finish.

He was then sent off in the final minutes of the game, which earned him a two-match ban, and has now returned to parent club Fulham for treatment.

Vitalijs Maksimenko has had his loan extended to cover Burn's absence.

The Brighton central-back, 22, made his debut for Yeovil in Tuesday's 1-0 defeat by Oldham.

Speaking about Burn's injury, manager Gary Johnson said: "It's a bit of a blow to come at this time of the season but we shall just have to cross our fingers that Dan is a quick healer."