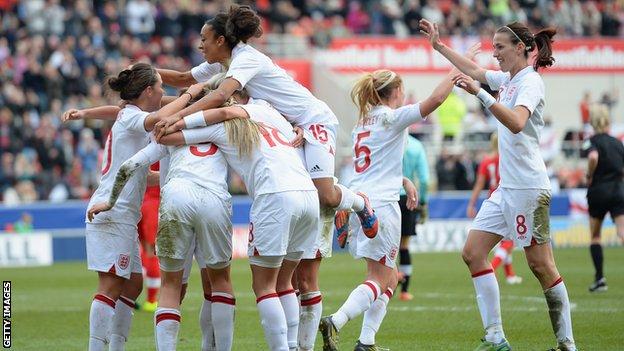 England Women will face Wales at home on the Football Association's 150th anniversary as part of their 2015 World Cup qualifying campaign.

Hope Powell's side have been drawn in Group Six alongside Ukraine, Belarus, Wales, Turkey and Montenegro.

England face Wales in their third match of the campaign on Saturday 26 October, the same date as the FA's anniversary.

Their campaign begins at home to Belarus on Saturday 21 September and ends in Montenegro in September 2014.