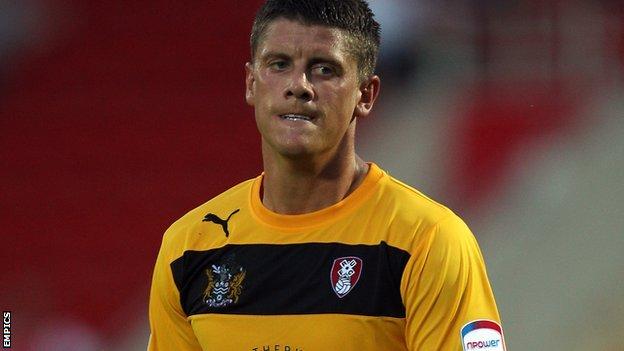 Rotherham striker Alex Revell has extended his contract with the League Two club until 2015.

The 29-year-old, who would have been a free agent in the summer, has scored six goals in 44 games this season.

"He got a lot of goals when he played in League One with Leyton Orient and I'm sure he can do that again. He has got a big two years in front of him."