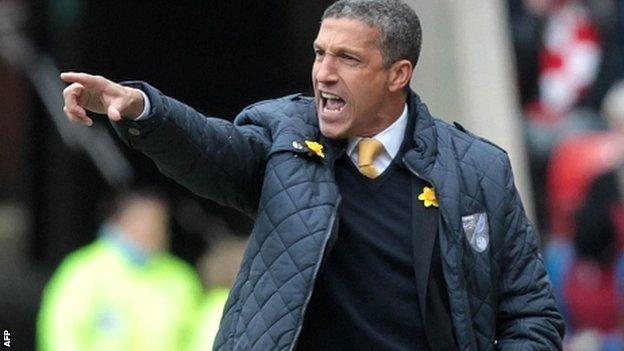 The Professional Footballers' Association's Paul Davis is cautious about the chances of a English-style "Rooney Rule" coming into effect in football, despite a "breakthrough" meeting with the Football League.

League chairman Greg Clarke met the PFA on Wednesday and agreed to discuss new measures aimed at increasing the number of ethnic minority managers with the league's 72 clubs.

PFA coach educator Davis described it as a "huge step forward" and said he hoped clubs would back plans.

They include having a list of qualified black and other minority managers ready to take up a vacant position.

But with 50% of clubs needing to vote in favour of future proposals, the ex-Arsenal midfielder told BBC Sport: "No-one feels it's going to be easy."

With only five black managers at English football's 92 professional clubs, authorities have struggled to implement a similar version of the NFL's Rooney Rule, where teams must interview qualified non-white candidates for jobs.

That initiative - named after Dan Rooney, owner of the Pittsburgh Steelers franchise and chairman of the NFL's diversity committee - was brought in a decade ago to ensure coaches from ethnic minorities were considered for leading positions in American football.

However, the meeting with the Football League has been seen as a significant development for the initiative called "Coaching Fair Play", despite no definitive guidelines being agreed upon as yet.

The PFA also says that the drawing up of a 30-strong list of ethnic minority candidates ready for managerial posts puts them in a stronger position and hopes that this will make club chairman more aware of talent which exists.

Davis admitted that the lack of any written proposals meant that there was a danger that clubs could pay "lip service" to the issue but he said that the players' union was reluctant to force clubs into action.

"The idea is to try to make them think differently," he told BBC Sport.

The Football League will either contact its member clubs, or discuss the idea of introducing "Coaching Fair Play" at a meeting in June, with Clarke suggesting that League Two would be a good place to implement any new guidelines.

The Football League said in a statement: "It was a useful meeting and there was significant common ground. We will now discuss the matter with clubs before it's considered further."

The American lawyer Cyrus Mehri, who helped formulate the Rooney Rule, was also present at the meeting and described it as a "breakthrough".

Davis, who said he was disappointed the Premier League had been less forthcoming about meeting the PFA, added: "Greg Clarke is fully behind the principle that the application processes used at the moment are not adequate. It doesn't always allow the right applicant to get to the table.

"It's a tough thing to make changes, or to suggest things are done differently. For someone who leads a big organisation to say he is in support of the idea is a huge step forward."

In England, despite nearly one in three players being non-white, only five of the managers of the 92 clubs in the top four divisions are black.

Davis said: "We are hoping the clubs will accept the proposals because we [at the PFA] constantly have black players knocking on our door, asking what we are doing."

Birmingham City academy coach Michael Johnson is one of the 30 qualified candidates that the PFA has highlighted for potential employment.

The former Notts County, Birmingham and Derby defender says he has been turned down for interview more than 30 times - despite having the necessary coaching badges and experience.

"It's a defining moment," Johnson told BBC Sport. "There has never been a moment when we have had a 'ready list' of coaches that can be presented to chief executives. We are now in people's thoughts.

"Nobody is forcing anybody to take on anybody because I don't think that should be the case. All we are saying is this gives us a level playing field."