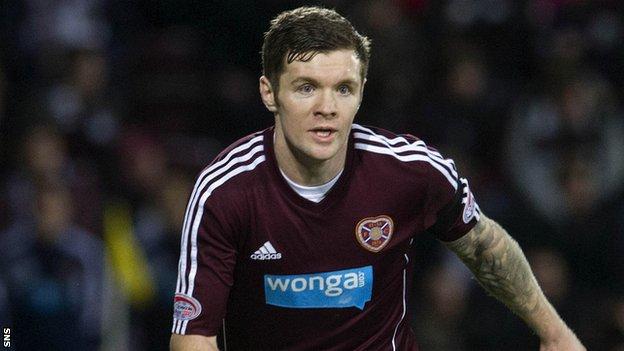 Darren Barr will leave Hearts at the end of the season when his contract expires.

The Tynecastle club, who signed the 28-year-old in 2010, will not be offering the versatile defender new terms.

With the club up for sale and owner Vladimir Romanov in financial ruin, Hearts have dramatically cut costs.

However, Andy Driver was allowed to leave for Houston Dynamo, while Ryan McGowan was sold to Shandong Luneng Taishan in January and Barr may not be the only player heading for the exit come May.

Barr, capped once by Scotland, spent six years at Falkirk before joining Hearts under freedom of contract.