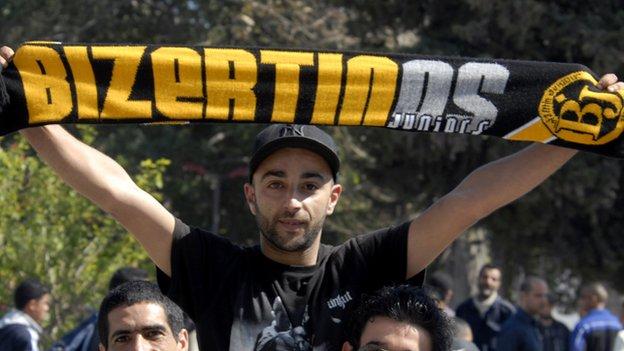 CA Bizertin of Tunisia are set to host Champions League title-holders Al Ahly of Egypt in a last-16 qualifier this weekend after deciding not to carry out their threat to withdraw from the competition.

The Tunisians were furious at being denied a place in the final phase of the national championship because of alleged match-fixing and a club official said this week they were withdrawing from all football activities.

But Bizertin spokesman Bassam Zouaoui later told the Tunisian news agency TAP that his club wanted to meet record seven-time champions Ahly at their Stade 15 Octobre in the most northern African city.

Rwanda captain and striker Olivier Karekezi, one of the foreign footballers at the Tunisian club, confirmed that the squad were training for the North African derby.

"We are preparing for the Al-Ahly match and nothing has been communicated to us although I am aware of the issues that are going on," he told a newspaper website in his homeland.

Bizertin finished level on points with Club Africain after the first round of the national league, but the national football federation denied them a place in the second phase because they claimed a fixture had been fixed.

"CA Bizertin freezes all football activities without exception and urges fans to remain calm and refrain from all forms of violence," the club said in a statement this week.

The appeal for calm was not heeded, however, with supporters of the club and police clashing last Monday and Tuesday in central Bizerte, leading to teargas being fired and several dozen arrests.

After initially saying they were happy to play at the 15,000-seat stadium in Bizerte, Ahly had a change of heart, saying they wanted the match moved to the 60,000-capacity national stadium in Tunis.

"It will be difficult to protect Ahly throughout the game in Bizerte," Ahly board member Hesham Al Said told the club website. "We hope this request will not affect the positive relationship between the clubs."

Ahly, fellow Egyptians Zamalek,Esperance of Tunisia and TP Mazembe of the Democratic Republic of Congo are the teams to beat as 16 clubs chase eight places in the lucrative mini-league stage.

The title holders can call on stalwarts Wael Gomaa, Sayed Moawad, Mohamed Barakat and Emad Moteab although the absence of on-loan Ahmed Fathy, 'Geddo' and Mohamed Abou Trika could be felt later in the competition.

Zamalek must do without injured veteran midfielder Ahmed Hassan for a Cairo showdown against Saint George, whose side is packed with stars who helped Ethiopia qualify for the recent Africa Cup of Nations after a 31-year absence.

Esperance have reached the past three Champions League finals - winning one - and appear too strong overall for JSM Bejaia of Algeria, who stage the first leg after surprising Asante Kotoko of Ghana in the previous round.

Mazembe were champions in 2009 and 2010 and semi-finalists last year and a team unused to playing at night have been preparing under floodlights on the Zambian Copperbelt for a date with Orlando Pirates of South Africa in Soweto.