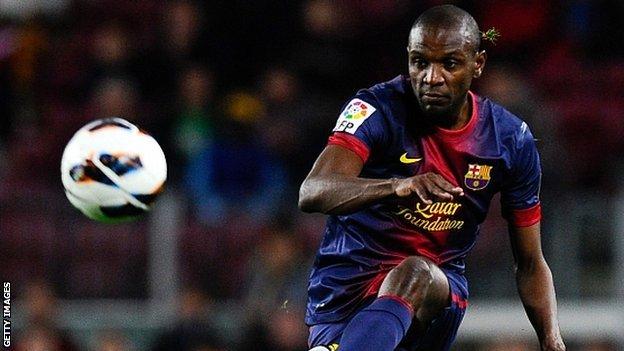 Defender Eric Abidal has made his first start for Barcelona since undergoing a liver transplant last year.

Abidal had a liver tumour removed in March 2011 but recovered to play in the Champions League final in May.

He had the transplant in April 2012 and had not started a match since 29 February of that year, although he had made two substitute appearances.

Barcelona were made to wait until the 84th minute for Cesc Fabregas to break the deadlock against Levante as they retained their 13-point lead over Real Madrid with six games remaining.

They visit German side Bayern Munich in the first leg of their Champions League semi-final on Tuesday.