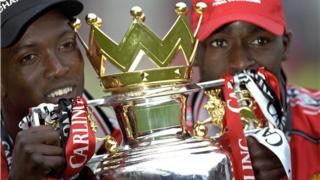 BBC Sport looks back at highlights from Manchester United's 20 title-winning campaigns, as Sir Alex Ferguson announces he will step down as manager at the end of the season after 26 years in charge.

The club secured their 13th Premier League crown - and a record 20th overall - with a 3-0 victory over Aston Villa in April 2013.

The Scot, 71, has won 38 trophies during his reign at Old Trafford and will now become a director and ambassador for the club.