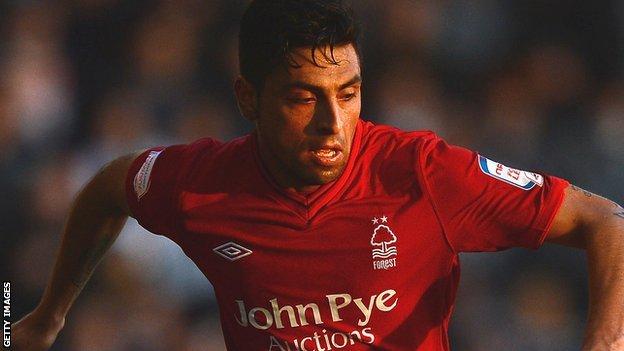 Gonzalo Jara Reyes' loan spell with Nottingham Forest has been cut short because of a medial knee injury and he will now return to West Brom.

The 27-year-old defender made 17 appearances for the Reds after in January.

Meanwhile, the extent of the injury suffered by full-back Sam Hutchinson against Barnsley is unknown.

Hutchinson limped off half-way through the first half of Saturday's 0-0 draw and is a doubt for the weekend.

The Reds travel to Millwall on Saturday, two points adrift of the Championship play-offs.