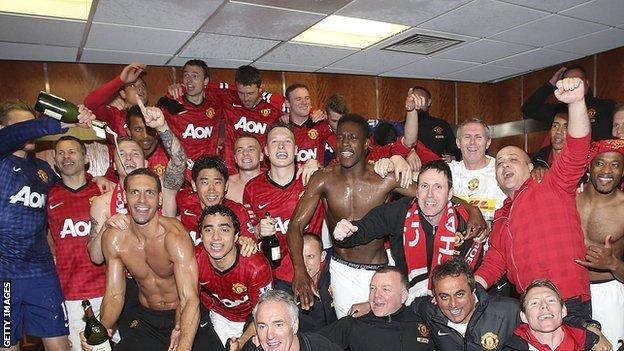 Manchester United wrapped up their 20th league title with a comprehensive victory over Aston Villa at Old Trafford on Monday.

The Red Devils usurped neighbours City as they gained revenge for being dramatically pipped to last season's title.

United have won this season's Premier League crown with four games to spare and here BBC Sport looks at the statistics behind their success.