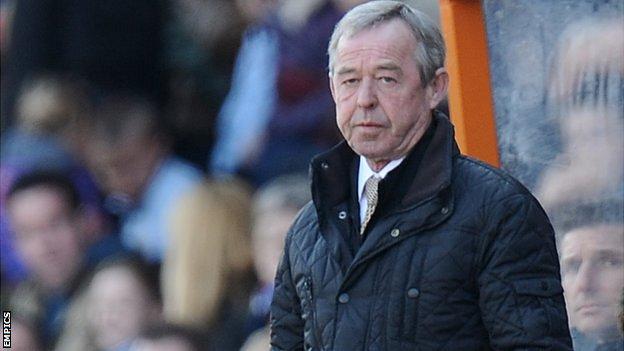 Doncaster manager Brian Flynn insists his side will play to win against Brentford on Saturday.

Rovers only need a draw against the third-placed Bees to secure automatic promotion, while a win for Brentford would take Uwe Rosler's team up.

Too close to call?

Flynn told BBC Radio Sheffield: "All of our focus is on winning the game.

"I don't believe in playing for a draw. If it happens then so be it, but we will be looking to win. It's going to be very exciting."

He added: "It's down to us and them and whoever is best on the day will deserve to win it. We have to make sure that is us.

"Every footballer wants to play in games like this. It doesn't get better than a promotion match in front of a full house.

"At the start of the season I think most people would have taken going into the last game of the season with a chance to get promoted."

Rovers could have been promoted last Saturday but lost 1-0 at home to Notts County and go into the game at Griffin Park two points ahead of the home side.

Flynn, who took over at the Keepmoat Stadium after Dean Saunders left for Wolves in January, believes continuity has been key to the side's promotion challenge.

"Normally when a new manager comes in there is a honeymoon period and then things slip away, but it was different in this situation with coming into a side in the top six," he said.

"It would have been easy to change things but we have kept things largely the same. We've added one or two players that we think have improved us but the team have been excellent."