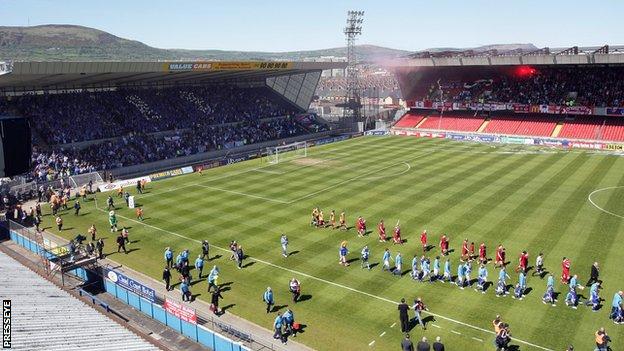 The UK National Anthem will not be played ahead of this year's Irish Cup final, BBC Sport NI understands.

The decider between Cliftonville and Glentoran will be staged at Windsor Park on Saturday, 4 May.

The decision was taken by the IFA's Challenge Cup Committee in the interests of fostering a "politically neutral environment" for the game.

In 2009, a similar decision was reached before the Irish Cup final between Cliftonville and Crusaders.

The anthem was also not played when Cliftonville, which has a mainly Catholic support base, took on north Belfast rivals Crusaders in this year's League Cup final.

The IFA said the playing of the anthem at future finals would be reviewed on a case by case basis.