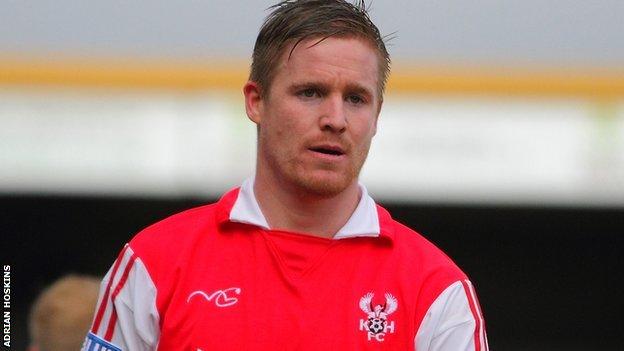 Kidderminster Harriers striker Michael Gash has made his loan move from Cambridge United permanent by signing a two-year contract, tying him to Aggborough until the summer of 2015.

Harriers became the 26-year-old's sixth club in the top division of non-league football when he arrived in March.

Michael Gash's signing leaves the Harriers with 11 players now contracted for next season.

"I knew after a couple of days this is the place I wanted to be. I was made to feel really welcome," he said.

His overall tally of 21, including 13 for Cambridge and one on loan early season strike for Braintree, made him the Blue Square Bet Premier's joint-second top scorer with Tamworth's Adam Cunnington.

They scored four fewer than Mansfield Town's Matt Green, but two more than the 19 scored by Nuneaton's Andy Brown and Gash's team-mate Anthony Malbon, who finished as the club's leading marksman.