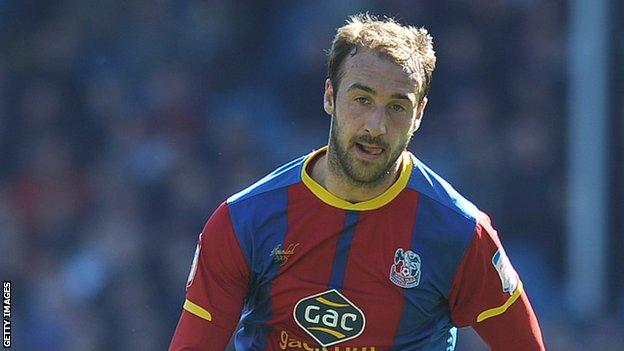 Crystal Palace striker Glenn Murray has signed a two-year extension to his contract with the Championship club.

The 29-year-old, who has scored 30 goals in 41 appearances this season, will now remain at Selhurst Park until the summer of 2016.

He told the club website: "Obviously it's been mentioned a few months ago but now we've got to the end of it and got it signed, it's good news.

"Scoring 30 goals is something that I'm immensely proud of."

Murray joined the Eagles on a free transfer from rivals Brighton & Hove Albion in summer 2011.

He added: "The whole season has gone really well so far.

"I think we've been a little more attacking this year which has benefitted me immensely and there's been a lot more support around me which has created more chances for me."

"There's not many strikers around in my time who have got 30 in one season. Hopefully he can get a few more to get us up as well.

"What he's done is phenomenal.

"It's not just that. It's his work rate, he leads the line and how he brings other people into the game is as good as I've seen to be honest."