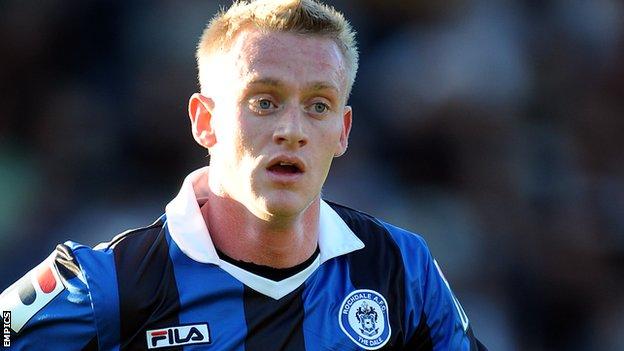 Rochdale forward Ashley Grimes heads a list of eight players that will be leaving the club in the summer.

Grimes, 26, has scored 11 goals in 41 appearances for Dale this season.

Captain Peter Cavanagh intends to take up his one-year option, while youngsters Godwin Abadaki and Reece Gray have one-year extensions with the Spotland club.