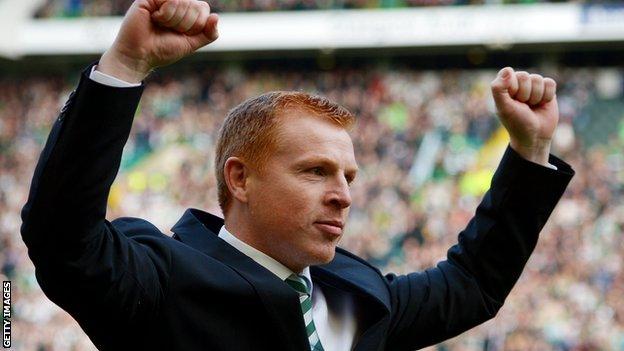 Neil Lennon will hold talks about his future as Celtic manager following the Scottish Cup final next month.

Lennon admits he is not sure what will happen after his side appear at Hampden on 26 May and has not ruled out an exit from Celtic Park.

When asked on the BBC's Football Focus programme where his future lies, the 41-year-old said: "I don't know.

"We'll take stock of everything after the cup final, have a sit down and see what we do for next year."

Lennon said there were no problems between him and chief executive Peter Lawwell.

The Northern Irishman, who became Celtic boss in 2010 initially on a caretaker basis, has guided the Bhoys to the Scottish Premier League title for a second successive season and could secure the double with victory over Hibernian at Hampden.

That would be his second Scottish Cup success as a manager having previously won it in 2011.

Earlier this week he said that he will be looking to improve his squad during the summer ahead of next season's Champions League qualifying campaign.

"I've got magnificent support from Peter and the board," he added.

"I've got a great club here and a great group of young players.

"But you just don't know what's around the corner and what challenges lie ahead for you, not just in your professional life but in your personal life as well."