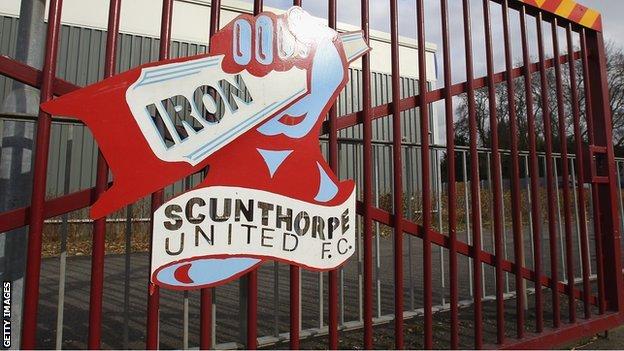 Scunthorpe United have announced that chairman Steve Wharton has retired from the board with immediate effect and is set to be replaced by Peter Swann.

Wharton, who became chairman in 2004, confirmed that he would be stepping down from his position last October.

Swann is leaving a similar role at Blue Square Bet North side Gainsborough Trinity to take over at Glanford Park.

The Iron were relegated to league Two on Saturday, despite a 3-1 victory over play-off contenders Swindon.

A statement on the club website said: "Discussions have taken place with Peter Swann and he has agreed to join the board of Scunthorpe United and take the position of chairman in the near future.

"We'd like to place on record our thanks and appreciation to Steve Wharton for his efforts as director and as chairman."