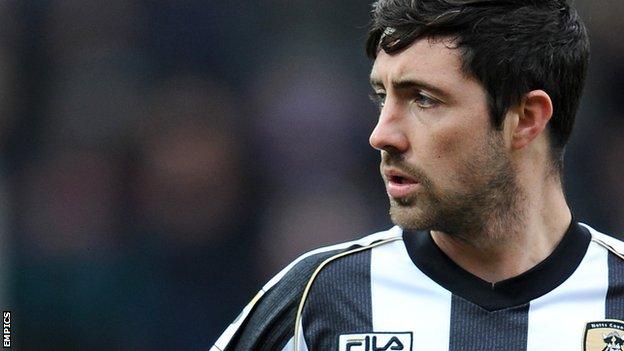 The 26-year-old Irishman is one of 15 players who is out of contract this summer, but he has already had initial discussions with manager Chris Kiwomya about a new deal.

Sheehan told BBC Radio Nottingham: "I have had two years here, have played over 80 games and am happy to be here.

"The fans have been very good. I'd like to be here and have never said I want to leave."

The left-back added: "A few of us have spoken to Chris and we know his plans for next season.

"I can't really say too much before things goes public but he has plans for next season. I think it will be quite exciting and it will nice to be a part of it."