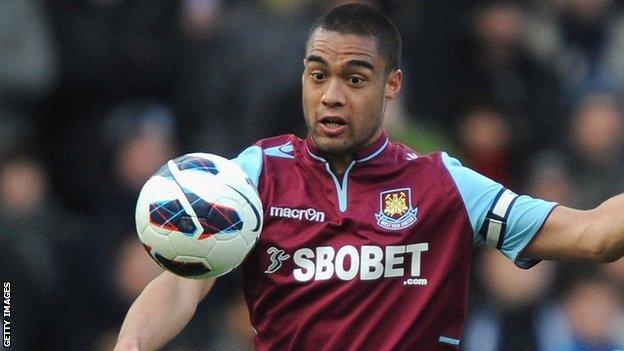 West Ham central defender Winston Reid has extended his deal with the club through to summer 2015.

The 24-year-old, who joined the Hammers in summer 2010, has been an ever-present this season, making 33 league appearances and scoring one goal.

"It's a good club and we've done really well over the last couple of years. Now, I'm looking forward to the next two years."

West Ham were relegated from the Premier League after Reid's first season at the club.

But the centre-back helped the Upton Park outfit back into the top-flight at the first attempt and has been one of their most consistent performers this season, with West Ham's Premier League status all-but guaranteed.

"I think I have played some good football over the last two years but that goes for the whole team as well," added Reid, speaking to the official Hammers website. "Hopefully we can continue that.

"Of course we now plan to build on the last two seasons."