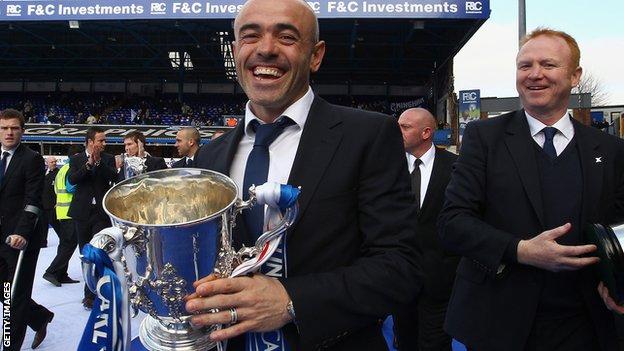 Former Tottenham Hotspur, Newcastle and Republic of Ireland defender Stephen Carr has announced his retirement from football at the age of 36.

Carr initially retired from the game in January 2009, but was tempted to return by Birmingham only two months later.

He helped the club into the Premier League later that year and led them to Carling Cup victory in 2011.

Carr, who won 43 caps for his country, last summer, but after having three knee operations in the space of 18 months, he has decided to end his playing career and begin a new business venture in Spain.

I am 37 in August and I've had a good innings in the end. My knee has lasted out quite well but it comes to the stage where enough is enough with it

He told the club website: "The last time I stopped playing was when I was 31 and it was because I couldn't get a club. This time it's different.

"If I was 31 again, I'd be very disappointed, but it was lucky I got back into the game and had a couple of great years here, which I thoroughly enjoyed and never saw happening when I originally finished.

"Obviously we had the low point of getting relegated and since that it has just gone slowly downhill for me - the injuries have just picked up.

"I am 37 in August and I've had a good innings in the end. My knee has lasted out quite well, but it comes to the stage where enough is enough with it."

Dublin-born Carr began his career at Spurs, playing 270 times for the club after making his debut in September 1996, and was part of their League Cup-winning side in 1999.

A £2m transfer to Newcastle followed in August 2004 and he stayed on Tyneside for four seasons before moving on to Birmingham.

The highlight of his time at St. Andrew's came two years ago when he skippered Blues to a 2-1 upset victory over Arsenal at Wembley in the League Cup final, Birmingham's first major trophy for 48 years.

Meanwhile, Blues have taken up a one-year option on the contract of winger Chris Burke.

The Scotland international, who has scored 22 goals in 105 games since joining on a free transfer from Cardiff in the summer of 2011.