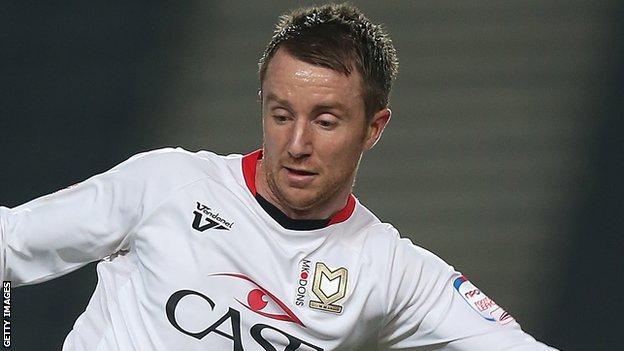 MK Dons have decided to take up one-year options on the deals of Dean Bowditch and Shaun Williams.

The contracts of striker Bowditch and defender Williams (both 26) were due to expire at the end of this season.

Former Ipswich and Yeovil frontman Bowditch has scored 20 times in 80 league appearances for the Dons since joining in 2011.

Ex-Republic of Ireland Under-21 man Williams was named Dons Players' Player of the Year this campaign.

Both are now contracted to Karl Robinson's Stadium MK outfit until June 2014.