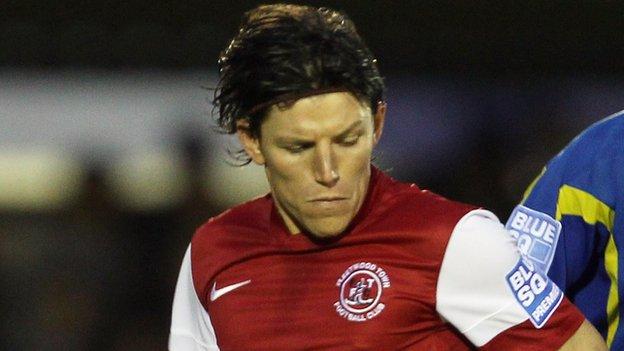 The 25-year-old Liverpudlian, who began his career at Blackpool, only joined Southport in February after being released by Kidderminster Harriers.

After first joining Southport in 2006 after leaving Blackpool, Clancy has now racked up seven non-league clubs.

He had his best time at Fleetwood, scoring 26 goals in 87 appearances.

Apart from Southport and the Harriers, Clancy, who can play at left-back, on the wing or in a wide midfield role, has also played for Altrincham, Burscough, FC Halifax Town and Chester.

Striker Jake Reid, midfielders Ian Craney and Jay Smith, and defenders Luke Hubbins and Jordan Rose have all been let go, as Watson prepares for a summer overhaul at the Bucks Head.