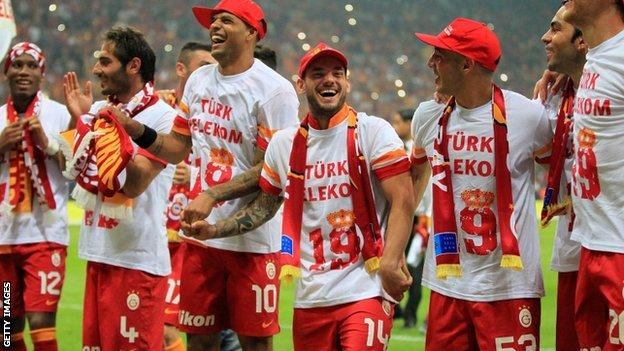 Fatih Terim's side took a 4-0 lead thanks to braces from Selcuk Inan and Burak Yilmaz before late consolations from Kadir Bekmezci and Cihan Ozkara.

The result, coupled with Fenerbahce's 2-0 defeat by Istanbul BB, was enough to take them clear of their arch-rivals' 18 titles.

Gala are now 10 points clear at the top of the table with two games remaining.

Yilmaz's double strike takes him up to 21 league goals for the season and two goals clear of Nigeria international Kalu Uche of Kasimpasa.