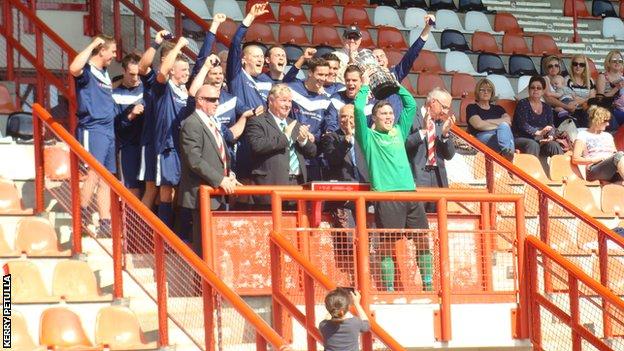 Jersey Scottish are still on course for a clean sweep of trophies after winning the Wheway Cup.

The Jersey and Channel Island Champions beat Guernsey side Northerners 3-0 at Springfield to lift the Jersey FA's inter-island club cup.

Ross Crick got the second just after half-time before Barry Keith hit the third with 22 minutes to go.

It was the first time Scottish had met North in a final since the Guernsey club hammered them 4-0 in last season's Upton.

It is only the fourth time that a Jersey club has held all three inter-island titles at once after St Paul's in 2010, Beeches in 1956 and First Tower in 1938.

Scottish face Jersey Wanderers in the Le Riche Cup final on 25 May as they look to secure their final trophy.