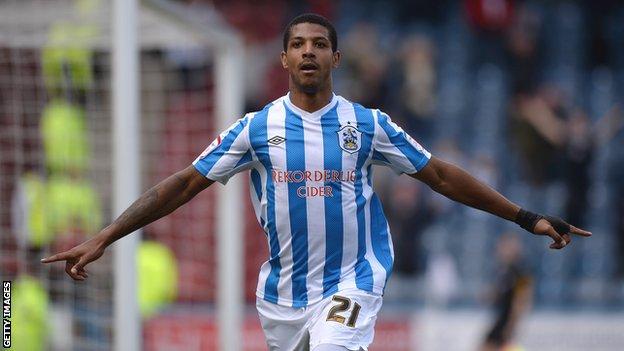 BBC Radio Manchester reports the two clubs are in advanced negotiations over a deal for the 29-year-old frontman.

He spent most of the campaign finding the net nine times in 22 games to help the Terriers avoid relegation on the final day.

Bolton, who are looking to boost their attacking options.

after a decade with Wanderers, meaning David Ngog, Marvin Sordell, Craig Davies and youngster Tom Eaves are the only recognised strikers in manager Dougie Freedman's squad.

After a prolific spell in non-league football with Wealdstone, 29-year-old Beckford rose to prominence with Leeds, scoring 85 times in 152 appearances.

Having helped United back into the Championship, Beckford joined Everton on a free transfer but his stay at Goodison Park lasted little more than a season as he completed a big-money move to Leicester, then managed by Sven-Goran Eriksson.