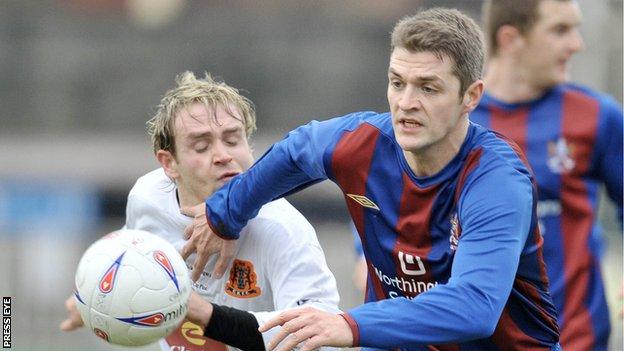 Newly-promoted Ards have been rocked by the news that long-serving defender Darren Nixon has opted to sign for relegated Lisburn Distillery.

Nixon played more than 300 matches for Ards and was made club captain at the start of the 2010/11 season.

He will team up again with former Ards boss Tommy Kincaid who has taken on the job of reviving Distillery after they finished bottom of the Premiership.

Kincaid will not have the services of departing defender Philip Simpson.

Distillery had announced that former Glentoran man Simpson would be staying on at New Grosvenor for another year - but he has decided to move on.

Hunter is expected to play for Ards when they return to the top flight for the 2013/14 campaign.