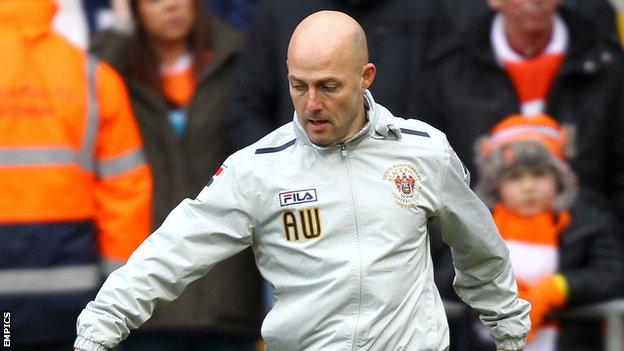 It is Wright's first managerial role, having had spells as a coach at Blackpool, Fleetwood and Northwich.

At 1.63m (5ft 4in) tall, Alan Wright is one of the shortest men to play in the Premier League.

"As a player I had to be ultra determined and I will be the same as a manager," he told the club website.

He will be assisted by former Blackpool and Gillingham defender John Hills as the Sandgrounders look to improve on finishing 20th in the Conference Premier, one place above the relegation zone, in 2012-13.

Wright continued: "The Conference Premier is a very testing, competitive league and I have the ambition for us to be at the top end of the table."

Chairman Charlie Clapham added: "Alan is a tremendous appointment for the club. He will have the scope to strengthen the squad and we can all look forward to being very competitive.

"He will add his profile to the club, on and off the pitch. I believe these are very exciting times for the club."