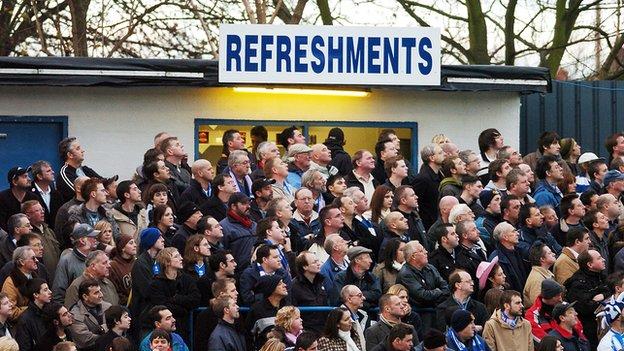 Worcester City chairman Anthony Hampson is warning that the Conference North club face an uncertain future if talks with developers St Modwen do not go to plan.

City are due to play home games next season in Kidderminster, having sold their St George's Lane home for £3m.

But he hopes to renegotiate the move to a new home at Nunnery Way as the club are threatened by a £400,000 tax bill.

"If we can't see a way forward then the writing is on the wall," said Hampson.

With St George's Lane ready to be bulldozed to make way for new housing in an otherwise largely residential part of the city, the club are tied to a contract with St Modwen over the proposed Nunnery Way development which is binding until 2017.

But talks are planned with representatives of both St Modwen and Worcester City Council on Thursday night.

And, in the light of the club's impending £400,000 capital gains tax charge, Hampson is hoping for a positive response.

"Before my involvement, the original figures floating around [for the sale of St George's Lane] were something in the region of £8m," he told BBC Hereford & Worcester.

"For various reasons those offers were not accepted by the board at the time.

The turn-out for the Chester game was over 4,000. If we couldn't get a groundswell of even half those people supporting the club from a population of 100,000 in the city and its environs it would be a great shame

"We need to renegotiate the contract, to make people recognise that circumstances have changed substantially and that we need to be given more support so that we have the confidence to move forward as a football club and as a limited company."

As things stand, City's plan to sell at least 500 cut-price season tickets at £100 to entice fans to make the 11-mile journey up the A449 to Aggborough once a fortnight has fallen short, with only 360 sold so far.

That has meant that no new contracts have been offered to any of manager Carl Heeley's playing staff for next season, amid reports of an overall budget cut of 40%.

"We have to be very cautious," added Hampson. "We certainly wouldn't want to be in a position to mislead personnel who have given good service to the club.

"We wouldn't want to tie up the club with legal contracts at this moment in time. It wouldn't be responsible.

"The directors have a responsibility to shareholders."

City attracted more than 4,000 for their final game at St George's Lane against Blue Square Bet North champions Chester little over a fortnight ago - and Hampson wants to tap into that.

"The turn-out for the Chester game was over 4,000," he added. "If we couldn't get a groundswell of even half those people supporting the club from a population of 100,000 in the city and its environs it would be a great shame."