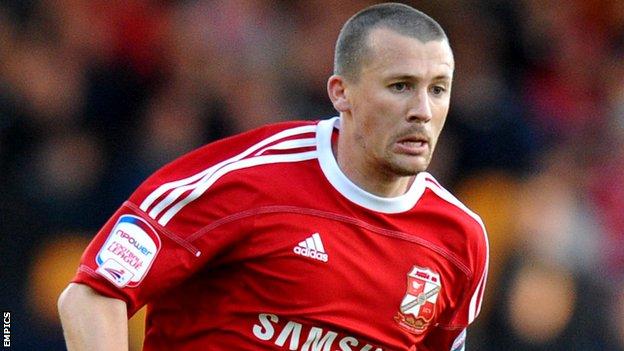 Birmingham have failed to secure a permanent deal for Swindon's Paul Caddis because of budget restrictions.

The 25-year-old was loaned to Blues last August after falling out with former Swindon manager Paolo Di Canio.

Birmingham are thought to have made four unsuccessful bids for the Scottish defender in March.

And BBC Wiltshire understands the Championship side have now been told their budget has been scaled back for next season's campaign.

Caddis still has a year to run on his contract at the County Ground and a number of second-tier clubs are thought to be interested in signing the former Celtic player.

He joined Swindon in 2010 and was made captain by Di Canio during the 2011-12 season, in which they won the League Two title.

But Caddis was stripped of the armband last summer and sent out on loan after Di Canio suggested the defender had "changed his attitude".

Despite struggling with a shoulder injury, Caddis made 28 appearances for Birmingham this season.