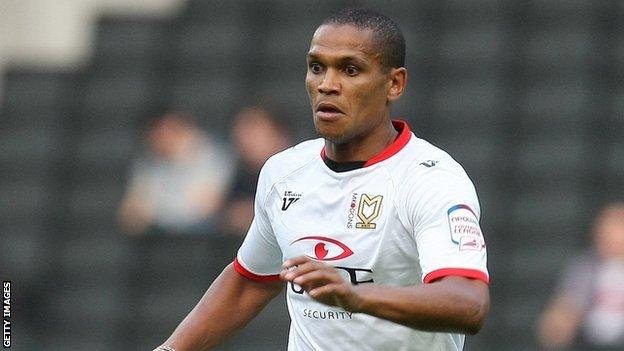 Frenchman Doumbe, 33, played 28 times this season and is now a free agent after four years in Milton Keynes.

"Mathias has been an excellent servant to this football club and has proven to be a tremendous professional," boss Karl Robinson told the club website.

"He is a strong character who has played a large part in our recent history and it was a hard decision to release him this year.

"However, with the Financial Fair Play regulations becoming even stricter this season we have to be prudent with our recruitment policy and along the way we will have to make tough decisions."