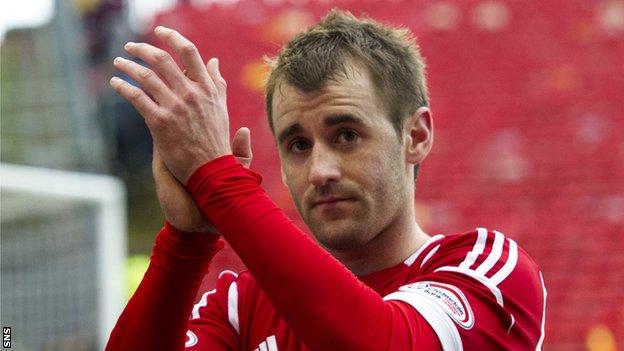 Aberdeen forward Niall McGinn has signed a two-year contract extension to keep him at Pittodrie until 2016.

McGinn said he was enjoying his football at Pittodrie and delighted to extend his stay.

"I didn't come here just to play out the time on my contract, I am here to help bring back some silverware to the club," he told his club website.

"As far as I'm concerned Niall is going to be the big summer signing for Aberdeen and hopefully this sends out the correct signal to not only our supporters but also to any other players who are potentially thinking about signing for this great club," he said.

McGinn said the current campaign had been "a pleasure," adding that he was already looking forward to next season.

"It really was an easy decision for me to sign this extension," he said. "I'm enjoying my time at the club, the players, the management team and the staff throughout the club have made the last season a pleasure for me so I was more than happy to commit my future to the Dons."