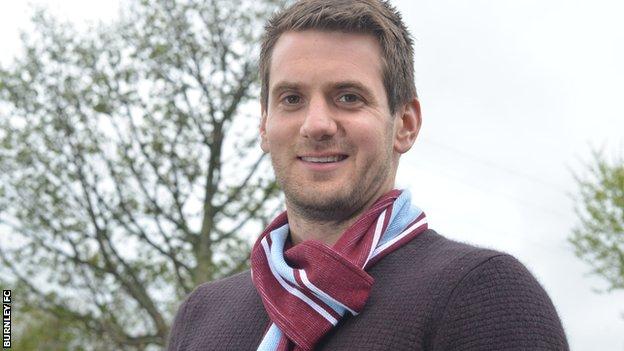 Burnley have agreed a deal to sign Bristol City goalkeeper Tom Heaton on 1 July when his contract with the recently relegated Robins expires.

The 27-year-old former Cardiff man has agreed a two-year-deal at Turf Moor, with a further 12-month option.

"We felt it was appropriate to act quickly following the release of Brian and the departure of Lee.

"We have been aligning things for the 'what-ifs', as we are in all cases, and Tom is a great signing and one we believe will do very well for us."

Heaton, who came through the youth system at Manchester United, is Dyche's first permanent signing since he became Clarets boss in October 2012.

The former England Under-21 international added: "I want to play in the Premier League and I want to do that with Burnley. I think there is huge potential at the place.

"There are some very good players here and you only need to look how they finished the season, so I am very excited about the future and looking forward to getting pre-season under way."