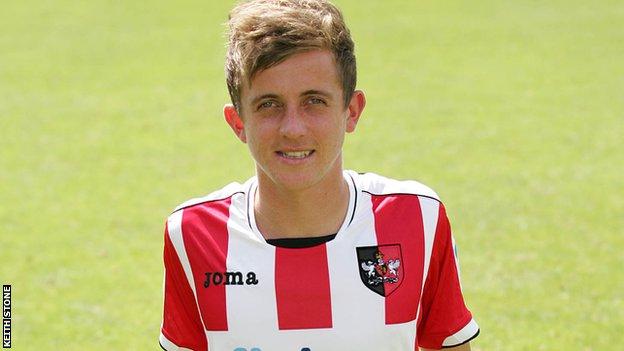 Exeter City have released winger Elliott Frear as they continue to prepare their squad for next season.

But he failed to make the same impact this past campaign, making just four substitute appearances for Paul Tisdale's side, his last on 20 October against Chesterfield.

But City have made new offers to Tommy Doherty, Steve Tully, John O'Flynn, Tom Nichols and Myles Anderson for the 2013-14 season.

"On behalf of the club, I would like to thank Elliott and the other departing players for their contribution to Exeter City during their time at the club, and we wish them the very best for their careers in the future," chief executive Julian Tagg told the club website.

"We continue to live within our means and will be acting in the interests of the long-term health of our club as a whole this summer, which places extra emphasis on value.

"But we retain optimism in our outlook as we continue to work hard to tie up contracts," Tagg added.

City did not sell any players last season and failed to reach the League Two play-offs, limiting the money available to be spent on the squad.

It led to the likes of being released last month.