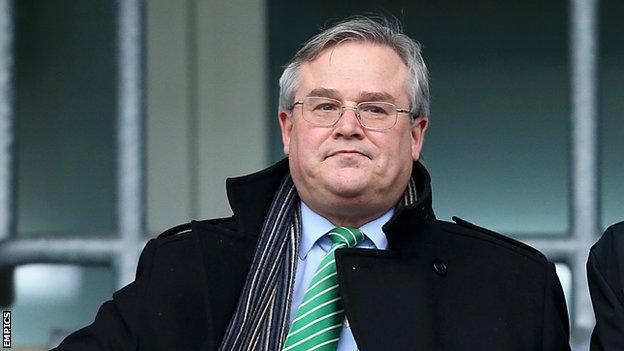 Yeovil chief executive Martyn Starnes believes their "underdog" tag may help them in the Championship next year.

The Glovers earned promotion to the second tier for the first time with a 2-1 play-off final win over Brentford.

"It's going to be difficult because we'll be the smallest club in the Championship," he told BBC Somerset.

"But we've been the underdog in League One for many years - we've always overcome those odds, so we'll have a go next season and see what happens."

Manager Gary Johnson - in his second spell as Yeovil manager - has now won promotion with the Somerset side three times, having initially helped them into the Football League in 2003 and then into the third tier two years later.

He added: "Let's see if we can continue our reputation of the underdogs coming good."

Sunday's win over Brentford at Wembley was the culmination of a remarkable season for Gary Johnson's side, which had seen them finish fourth in League One - their highest ever league position.

The efforts of Johnson - who has now overseen three promotions with Yeovil - were rewarded on Monday when he was named the League Managers' Association League One manager of the year.

And having achieved promotion on one of the division's lowest playing budgets with an average attendance of 4,071, Starnes insists the club will not change their philosophy on working within their resources as they embark on their first Championship season.

"We didn't want to count our chickens but we have done a certain amount of preparation for whether we would be in League One or the Championship next season," said Starnes.

"It's well known in football that Yeovil have to work within our resources.

"We've done that for several years and sustained our place in League One. Now we've been promoted to the Championship we'll continue that philosophy, but there is obviously more money coming in."