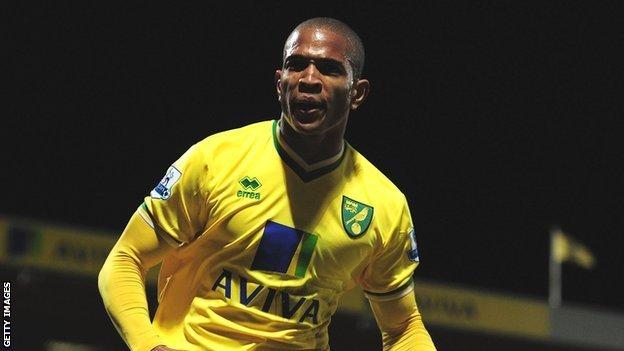 Norwich City striker Simeon Jackson and defenders Marc Tierney and Elliott Ward are among 10 players to be released by the Premier League club.

"Their attitude this season has been first-class. They are all top individuals," said boss Chris Hughton.

Left-back Tierney, 27, is reportedly lining up a move to Championship side Bolton, and fellow defender Durojaiye is set to join Scottish club Falkirk, who are now managed by Gary Holt, the former assistant academy director at Norwich.

Canada international Jackson, 26, leaves after scoring 21 goals in 85 games during three years with the club.

Ward, 28, finished the season at Nottingham Forest, and midfielders Smith and Adeyemi also ended the campaign on loan at Oldham and Brentford respectively.

Goalkeeper Camp only made one start after signing a short-term deal in January, while academy products Francomb and Sheriff have also been told they can find new clubs.