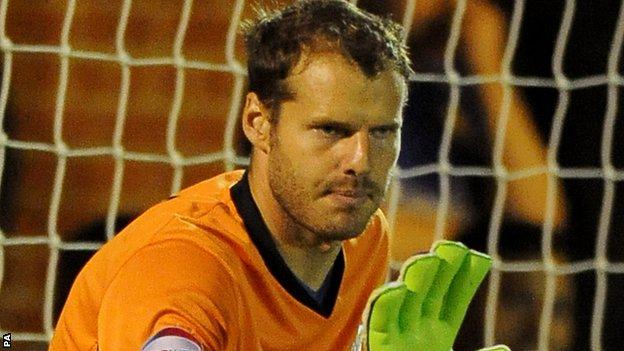 Conference Premier side Dartford have signed goalkeeper Alan Julian from Newport County on a free transfer, subject to international clearance.

The 30-year-old joined the Welsh side in July 2012 and played 11 league games for the club this season.

Dartford boss Tony Burman told the club's website: "After meeting Alan a couple of times I was really impressed by his professionalism.

"I am looking forward to having someone of his experience here at Dartford."

Julian began his career at Brentford before joining Stevenage where he made 155 appearances.

His move to Dartford will mean a second spell in Kent after making 80 appearances for Gillingham between 2008 and 2011.

The Darts had been in the market for a new goalkeeper after relying on the loan market for much of this season with Fulham's Marcus Bettinelli and Csaba Somogyi making 43 league appearances between them.