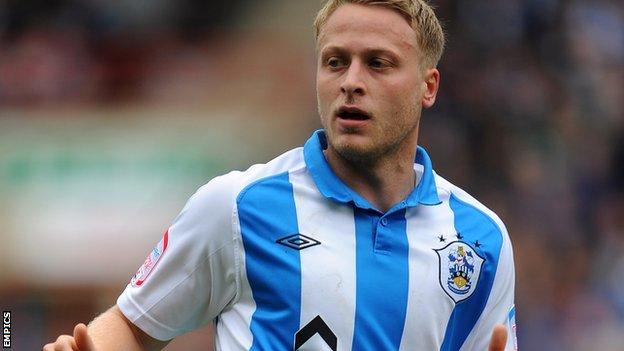 League One side Preston North End have signed defender Tom Clarke on a two-year contract following his release by Huddersfield Town.

The 25-year-old's only appearance during the 2012-13 season came against Preston in the first round of the Capital One Cup.

"I needed to move on and take a new path in my career.

"I see this as a big challenge and a big club, and I can't wait to get started," he told BBC Radio Lancashire.

He added: "It was difficult [to leave Huddersfield] because I'd been there since I was eight, but it was something that I needed to come.

"Simon Grayson gets players wanting to play for him. As soon as I knew he was interested, I wanted to get in and get signed."