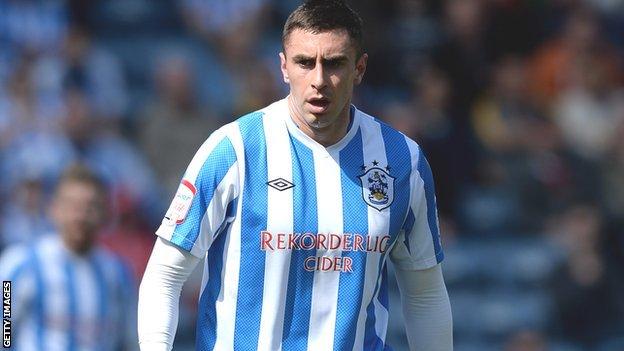 The 24-year-old from Newcastle, first signed by Clark from non-league Gateshead in February 2009, will complete his move to St Andrew's on 1 July, when his Terriers deal expires.

Novak was available after rejecting a new deal with Huddersfield.

"Coming to Birmingham City is another progression in his career," said Clark.

"I gave Lee his opportunity in the Football League. For three years he was absolutely magnificent for me as the second striker, playing just off Jordan Rhodes.

"He's strong, he gets goals and I think he'll fit in really well with the new group we're putting together.

"The Blues crowd will take to him because they'll see the work ethic of the player. They'll see everything that he gives. He'll quickly establish himself as a popular player."

After helping to fire Gateshead into the Conference, Novak scored 42 goals in 172 games after joining the Terriers four years ago and was part of the team that won promotion to the Championship in the League One play-offs a year ago.