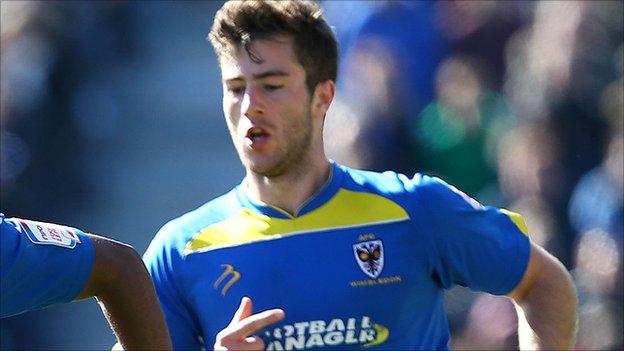 Meades, 21, began his career at Cardiff and signed for the Cherries in July 2012 but failed to play a game.

Smalley, 24, made 28 appearances this season, scoring five goals, having arrived at the club in May 2011 and has signed a new one-year deal.

He has previously had spells with Oldham, Rochdale and Chesterfield.

Meades spent much of last season on loan at AFC Wimbledon, and U's boss Chris Wilder was delighted with the signing.

"Jonathan is a player who has always been very highly rated and did very well last season at this level," said Wilder.

"He is a strong player, has a decent pedigree and we feel he will make a very positive impact here at Oxford next season."

Smalley added: "I have enjoyed my time here and feel I have more to give.

"I was pleased with my game last season and contribution to the team, but know I need more goals. I am confident I can add that to my game next season and can't wait to report back again."