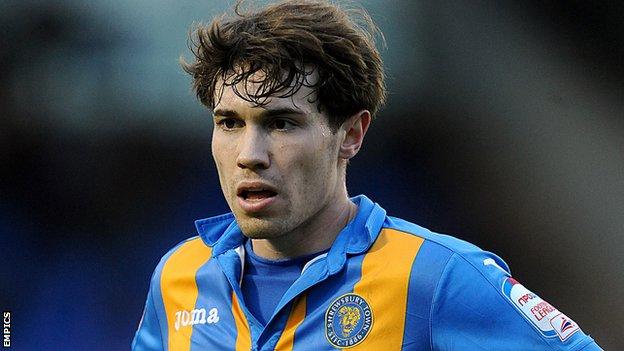 Shrewsbury Town striker Tom Bradshaw has become the latest to agree a new deal with the League One club.

The Wales Under-21 international follows the lead of midfielder Aaron Wildig, who signed a new one-year contract earlier this week.

Bradshaw, 20, who made just six League One starts this season, is the only recognised striker left at the club.

Following the return of loan men Akwasi Asante and Tom Eaves, Marvin Morgan and Ryan Doble have both been let go.

"I still believe that the club had every confidence in my ability," said Bradshaw.

"Obviously the gaffer and the club probably need four strikers and you need that competition to push yourself on as a player. It drives you on to be a better player."

After the decision of Bradshaw and Wildig to sign their deals, Town boss Graham Turner is still waiting to hear back from midfielders Jon Taylor and Ryan Woods and defenders Connor Goldson and Jermaine Grandison, who went under the surgeon's knife this week for a double hip operation.