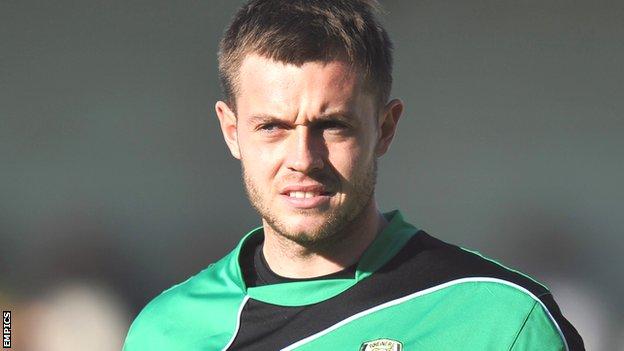 The quartet, who were all out of contract, follow midfielder Ben Davies in signing new one-year deals.

Deeney, 30, has featured just three times for Derby since arriving from Burton Albion in 2009.

Left-back Hoganson, 19, and forward Doyle, 21, will remain part of the Rams' under-21 squad for next season.

Doyle, who made three appearances last term, and Atkins, 23, will go out on loan to gain first team experience.

Seven other players, including Nathan Tyson, Theo Robinson, have already been made available for transfer.